Croydon - True power is with the people, in your vote. How will you use it?

Sir, Sir John Thomson (Letters, October 24) asks how we are going to exert influence in the world if we turn our backs on Europe. Why should we want to influence other countries? We are no longer an imperial power and we should stop wasting money and manpower trying to be one.

Or to rephrase that, why would we want other countries to influence the UK?

Of course we all have to learn from each other's mistakes (the UK's record on this is no better or worse than anybody else's), and most countries are far more similar than the local nationalists would like to admit (because we have learned from each other), but that's the end of that.

Posted by Mark Wadsworth at 20:58 No comments:

Email ThisBlogThis!Share to TwitterShare to FacebookShare to Pinterest
Labels: EU

Today was the day that I had to go to Corby and get the nomination pack, and the electoral registers to get my signatures so that I could be on the ballot paper. For anyone who doesn't yet know ten signatures of electors in the constituency need to be presented along with the £500 deposit in order to stand for election in the same constituency. The By election in Corby will be held on 15th November along with the Police Commissioners on the same day. There are likely to be 12-14 candidates for the Corby by election I would like to say a big thank you to the people in Brigstock who signed my form today, and who have reassured my faith in the democratic process.
Posted by Dr Rohen Kapur at 20:17 1 comment:

Fred Harrison at his best -
Posted by Robin Smith at 14:07 No comments:

Why vote for the Young People's Party?
Croydon and the whole country is run like a giant pyramid selling scam. The ones nearer the top of the property ladder win. The Young People under 40, still without a home at the bottom lose. HELLO!?

Where does Robin Smith stand politically
I resigned my Tory Councillor seat in disgust because the Conservatives only cared about their property. The other parties are the same. I believe in free markets and a functioning government, yet we have neither. I am pro wealth but it's being robbed from YOU by land owners. I mean to change that.

What is our policy?
Why are you paying twice to live in your own country? Once in Taxes. Twice in Rents or Mortgages:
Location value makes up most of the value of the country. Surely to keep voting for this is insanity?

I will start to abolish mortgage debts and all taxation on work, business and sales. And start to fund government from the increasing value created by the whole community - the location values.

Yes, there will be other problems to deal with. I'm going after the big ones first. If you have a problem with that you'd better have a jolly good reason. Rely on the other parties to deal with the small problems.

We are not trying to convert you. We are trying to point out how the economy really works, to think about that carefully and then decide for yourself. The others only tell you what to do, right?

What will I do for Croydon?
Remember this. Nearly all Croydon land owners do not live in Croydon or even this country. Do not worry about them. If they complain I will happily drive them back to the airport.

I will be calling on all the land owners, the banks who finance them and politicians in parliament who do their bidding, to ask a deadly serious question:

"By what right are you forcing the people to pay twice to live in their own country?"

I will be calling on all government to ask why they keep giving away free gifts to land owners, then asking you to pay higher taxes to bail these scroungers out.

I will ask the Croydon gangs to tell us their story. Because we have robbed them the most. If we can hear them, surely everything beyond will improve? I will not blame them if they choose silence.

I will do the same for Croydon people on involuntary welfare, willing and able to work, but unable to find it. Who is really listening to them at the top?

If you think this is all naive and too good to be true, that is only because the dead politics of today has convinced you to aim too low.

I'm asking you to do a fair trade. Vote with integrity for the Young People, our future, and I will use all my strength to get this done.

"Young people warned: You may never be able to retire"

The stark assessment comes from those who have already reached retirement age but cannot afford to give up working.

More than a third of the 1.4million over-65s still in work said they would never retire, a survey by pensions provider NFU Mutual found.

This is to some extent propaganda pumped out by a pension/insurance company who want to blackmail people into handing over a large chunk of cash every month in the vague hope they'll get something back in decades to come, but there is some truth in it.

Having feathered their own nests, the Baby Boomers are quite happy to let somebody else sort out the wreckage. If they had their way, you'd be paying rent on their BTL portfolios or paying off a huge mortgage for the rest of your life anyway, because your rent or debt burden is merely the flip side of their retirement income.
Posted by Mark Wadsworth at 10:50 No comments:

Email ThisBlogThis!Share to TwitterShare to FacebookShare to Pinterest
Labels: pensioners

Andrew Neather in the Evening Standard pulls no punches:

One alternative is to [tax] wealth rather than income — especially wealth that’s hard to hide*. Yet the Tories are outraged at Liberal Democrat proposals to do just that, via a “mansion tax” on properties worth more than £2 million. The value over £2 million would be taxed at one per cent: the owner of a £4 million house would pay £20,000 a year**.

Nationally, maybe 0.25 per cent of homes are in the £2 million-plus bracket; in London, estimates put them at between 1.2 and two per cent of the total. Just 1,518 such homes were sold nationwide last year. Vince Cable’s charge this week that the Tories oppose the tax because it would hit “their friends” looks like a pretty simple statement of fact to me.

Not that the mansion tax will ever happen: this is really about Lib-Dem positioning. And in any case it would be simpler to create new council tax bands. The highest band at present, Band H, is for houses worth more than £320,000 in 1991 — hard to put an average value on today, but less than £2 million. So at present, the millionaires at One Hyde Park pay council tax of £1,365 a year on flats worth up to £136 million.

By way of comparison, a report in yesterday’s New York Times highlights an $88 million apartment at 15 Central Park West that attracted property taxes of $59,000; without a complicated tax break, the tax would have been $145,000.

Critics point to the alleged plight of little old ladies in big houses — straw little old ladies, I fear — and to the potential flight of the super-rich. But are the latter really all going to condemn themselves to lives in Zug or Dubai? I think we should call their bluff.

* Of course what he means is "the rental value of land" rather than "wealth", but this confusion has been deliberately instilled into us over centuries by the land owning elite.

** £20,000 a year is approx. the average total tax bill for an average full time earner; income tax is only a quarter of all the taxes we pay. So it's hardly a huge figure.
Posted by Mark Wadsworth at 11:21 1 comment:

The party recently selected me(after I'd  nominated myself) to stand as candidate for the Young People in Croydon North. I've kicked off the initial actions.

First up was to check when the poll will actually take place. Croydon Electoral Services just told me they will not know until following the memorial service for Malcolm Wicks MP (may he rest in peace). After that the Returning Officer of the constituency must wait for the Speaker to issue an official 'writ'. And this only after the chief whip of the ruling party in the Commons deems it good timing. Interesting stuff.

The returning officer at the local authority must then announce an official timetable for the poll, which is usually within 15-19 days. Its likely to be Thursday November 15th 2012, when both the Corby by-election and the police commissioners polls will also take place.

Nominations for the ballot are next in the mean time. I'll need 10 signatures from local constituents
I'll be going to Croydon Friday morning to pay respect at the memorial service and then to do my first rekkie. That will be where I eventually seek nomination for entry onto the ballot.

Then its a matter of canvassing, leaflet dropping, the hustings, public relations, and of course stapling a 1000 notices to lamp posts across the town. All good fun.

Stretch goal is to retain my deposit and that will be some stretch! That will require 5% of the valid votes cast, about 2600. Only the Big 3 managed it in 2010. Anything more we will deem considerable upside.

The main objective is to use the election as a platform for the reform message - The end of rent seeking, the beginning of wealth creation, for our future, in the Young People. That is, Real Reform.

Sir, I agree with Charles Fairhurst that higher taxes on private sector landlords will drive many of them out of the property market (Letters, September 26). If that creates a declining market, it will have the hugely beneficial effect of enabling many of those now paying extortionate rents to buy their own homes.

This is not idle theory of course.

Two main reasons why owner-occupation rates in the UK increased so rapidly between 1945 and the 1970s (something we are proud of) was strict rent controls and high taxation of rental income; it just wasn't worth it being a landlord.

The other reasons for low and stable house prices and rising levels of owner-occupation were: mortgage rationing (high deposits were required and very low income multiples); lots of new construction; Domestic Rates and Schedule A (which between them acted like Land Value Tax) and the downward pressure exerted on rents by social housing (at its peak, about thirty per cent of households were in low-rent social housing).

Unfortunately, owner-occupation mutated into Home-Owner-Ism in the early 1970s once owner-occupation rates climbed over 50%. There were then more votes in abandoning rent controls; reducing taxes on rental income; NIMBYism; abolishing Domestic Rates and Schedule A; and selling off social housing.
Posted by Mark Wadsworth at 10:03 2 comments:

Spotted in The Daily Mail: 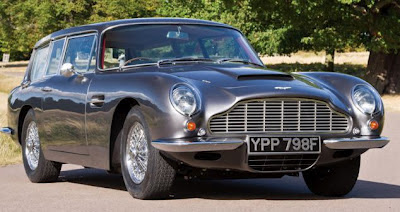 Posted by Mark Wadsworth at 19:59 No comments: 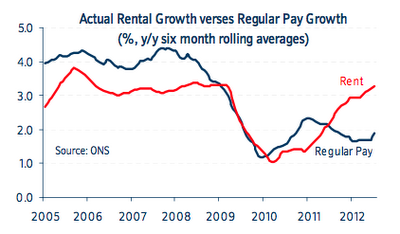 What this boils down to is that rents act exactly the same as income tax; when wages go up, rental values go up accordingly. So we could save ourselves the faff of taxing earned income and just tax rental values instead, it would be a far less economically damaging way of collecting exactly the same revenue.
Posted by Mark Wadsworth at 20:11 2 comments: